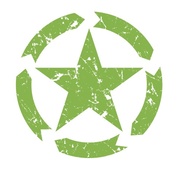 Working group to develop sustainable energy businesses and housing solutions for and by veterans the communities they live.

CALL TO ACTION: Recruit partners to foster community emguagement project development, and indentify and provide a permanent location where the process of training volunteers to manage disaster response and rebuilding efforts can be done safely and sustainably.

SERVICES: Housing, transportation and training for veterans and civilian disaster response volunteers helping Detroit and communities like it rebuild.

They removed carpets, drywall, insulation and tiles for 4 days in May.

The state of Michigan provides several veteran benefits. This section offers a brief description of each of the following benefits.

Michigan State Veterans Homes
There are 2 Michigan State Veterans Homes, the D.J. Jacobetti Home for Veterans in Marquette, and the Grand Rapids Home for Veterans. A veteran of the armed forces of the United States eligible for VA health care or financial assistance for long-term care may be admitted. The veteran must have been discharged or released under conditions other than dishonorable. Veterans who enlisted after Sept. 7, 1980, or who entered active duty after Oct. 16, 1981, must have served 24 continuous months or the full period for which they were called to active duty in order to be eligible.

Michigan residency is not required, and spouses or surviving spouses may be admitted if space is available. Fees are income based.

Tuition Grant
Michigan provides an annual undergraduate tuition grant of up to $2,800 for the eligible children of certain deceased military personnel or totally and permanently disabled veterans.

Michigan offers veterans a large array of employment services including disabled veterans outreach programs and the Shifting Heroes Program, a component of the Michigan Shifting Gears Program which is a career-transition program for seasoned mid- and late-career professional talent going through, or preparing to go through, a career transition scenario.

Visit the Michigan Veterans Affairs Agency website for more information on any of these programs.

For hurricane Katrina we used a bus with satellite internet and a out door kitchen to set up our first relief camps. After Hurricane Sandy, our bus was used as the FOB (Forward Operating Base), a command center during the day and a full time security post for Team Rubicon USA assets at night.

I think about the trust Jake Wood, William McNulty, Ford Sypher, Peter Meijer, Matt Pelak put in my team to maintain the FOB during their first all hands national disaster response everyday since. I've also work on the concepts of quick and long term disaster support teams everyday since in Detroit.

After returning from Operation Greased Lightning, I partnered with   Motor City Blight Busters: Detroit Non-Profit to build Veterans Village - Detroit where we have The Veterans Green Bus and apply our disaster response training to marshal the thousands of volunteers we recruit for blight removal projects every month.

I've been repeating the same questions to myself and everyone I’ve worked with since Hurricane Katrina.

How about a "disaster response boot camp"?

What would you need?

Large enough disaster to keep cycling volunteers and maintain a staff for the training programs.

Slow enough disaster response requirement that you can pace the response to the funding and use alternative streams to raise capitol necessary and have the time to create sustainable incomes from perform certified contract work to clean up large parcels of blighted communities.

You would need local partners that have a track record in the community of supporting blight removal and job training programs.

You would need housing, classrooms, equipment yard and the transportation for members to the from the training sites.

You would need to build it sustainably so you were not raising money to just keep the lights and heat on.

You would need to build it in the community your were serving.

Detroit is just like any other large scale disaster just slower response because it was a caused by unmaintained city street drainages and storm run off infrastructure not a hurricane or dam breach.

We have 100s of muck and guts left over from two years ago. Some have been waiting for help to clean their basements for two years.

All Hands Volunteers are working on this with the city and volunteer groups they are recruiting and have been working with Motor City Blight Busters on using certified OSHA standards.

Motor City Blight Busters has just negotiated a ten block section of Detroit to remove all the invasive, dead or dangerous trees and none structural debris for the Brightmoor Alliance under city authority and supervisions on compliance.

We have a start up grant from The Fisher Foundation to build a bonded company to provide HR an independent auditing of the blight removal contracts.

Veterans Village, is a two story building built in 1976 as a 10 bed commercial residency 3 with offices, two classrooms, a common kitchen and living room.
By converting to barracks/classroom housing on the first floor 40 with up two 6 full time resident trainers upstairs.

10 Blocks from our FOB is the location of our first contract.

We received a grant from Fisher Foundation to help with improving operations a Veterans Village.

As illustrated below, the National Incident Management System (NIMS) Training Program identifies those courses critical to train personnel capable of implementing all functions of emergency management. This program establishes the NIMS core curriculum to ensure it adequately trains emergency and incident response personnel to all concepts and principles of each NIMS component.  Click on this link to access the NIMS Training Program document.

Current plans for the Veterans Village. 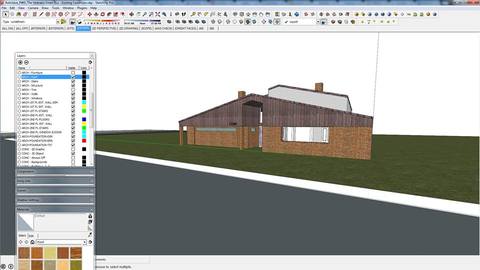 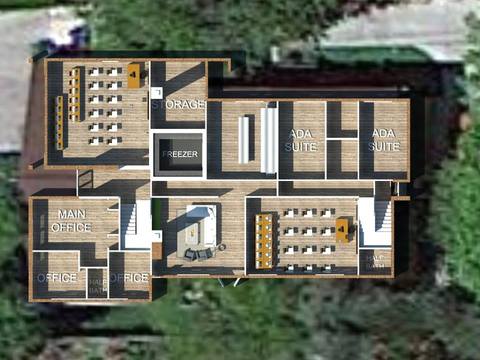