"Grow as we go"
As we build the cooking oil refinery at Veterans Village Detroit to eventually fuel multiple converted fleets, scaling our model for collection and client support…
Continue

Chainsaw work and tree felling are more dangerous than fighting fires, policing the worst neighborhoods or even fighting in wars.  The chainsaw is a tool and the potential weapon of your own destruction. Trees are like real big slow bullets that by your own hand and gravity alone will kill or disable you of life. …

Personal protection equipment must be warn at all times on an active job site.

Construction helmets are required when working around heavy equipment, in doors or under trees with potential falling hazards.

Eye and face protection is required when preforming certain manual tasks, operating hand or power tools or working in areas that require it.

Gloves and long sleeved shirts are required when preforming certain manual tasks, operating hand or power tools or working in…

Getting Lunch for your Volunteers.

Pre-order lunches for groups larger than ten one week in advance of your volunteer day.

The problems many cities across the country face are the same, the cost of commercial and residential blight removal, lack of of a trained work force and under employment of youth and veterans.

The solution is to partner veterans job training and reintegration programs with young adults mentor programs to economically attack the blight in their communities.

Thanks for your interest in volunteering with Motor City Blight Busters of Detroit.

Check our calendar of volunteer events and sign up or let us know what dates you are interested in and we will add it to the calendar.

To get your groups…

How to Scale and Maintain Quality?

In the last couple of days I've met with a couple of local contractors, certified construction and demolition training program directors, as well as large scale developers and real-estate investment people from California.

They heard about what we were doing during a community meeting and wanted to get a tour of the Motor City Blight Busters Artist Village. Farm City, Veterans Villages and of course Large Marge.

In April of 2014 We joined forces with Motor City Blight Busters of Detroit. Together, we are building Veterans Green Housing, Job Training & Small Business Incubator with Farm City, Artist's and Veteran's Villages in the Old Redford district of Detroit.

We were looking for a firehouse to rebuild and found an entire community instead. 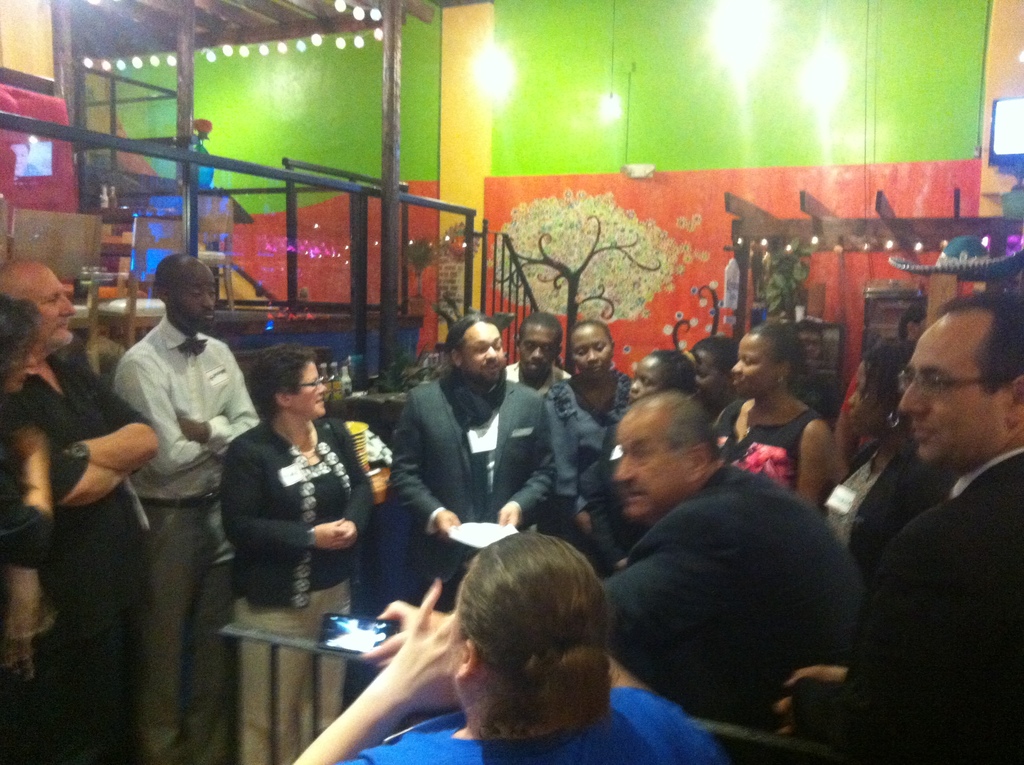 We were paid a visit by a delegation from the Haitian Government's Department of Commerce yesterday. It was an honor to show off The Veterans Green Bus Sustainable Disaster relief vehicle at Veterans Village Detroit. They were very interested in our use of used cooking oil to power the bus and the solar powered refrigeration system. We have given…

We have spent the remainder of the challenge grant funds from The Home Depot Foundation on more tools and supplies for our growing team of veterans.

Here is the final report of what it has produced.

Purchased: In April of 2014 we used the grant on hand tools. bench grinder, hammer and drywall drills, framing, skill and chop saws ladders and personal protect equipment to address the work needed to be done on the Veterans Village after signing a 3 year lease to purchase… 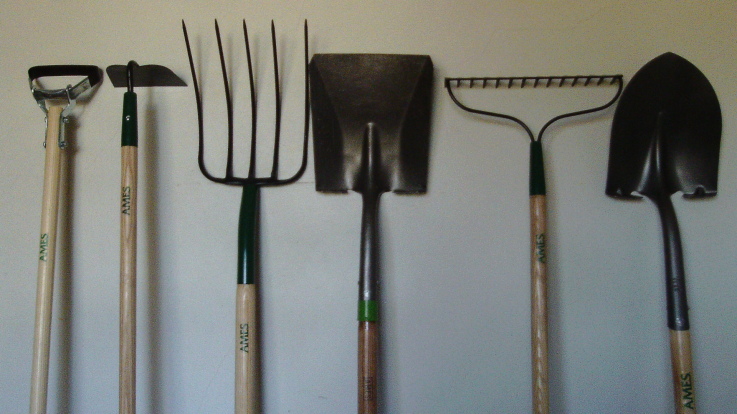 Joe took pictures and engraved his mark on every tool in the Garden Tool Library. Then he loaded the photos into a gallery using our website. Joe will now teach another veteran how to document the power tool library.

This summer we will use the gallery to document their use. 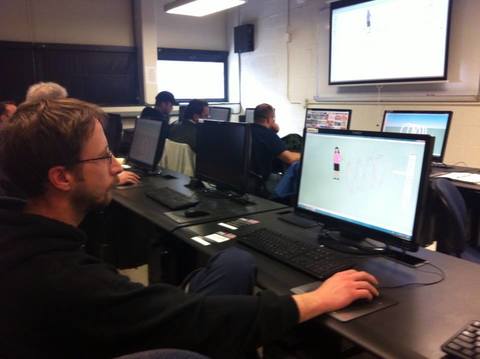 The www.Sketchup.com class at the Engineering Department of Wayne State went very well yesterday. With14 in attendance, 90% veterans came to learn how use the software to build the Shelter 2.0 and make their own designs. 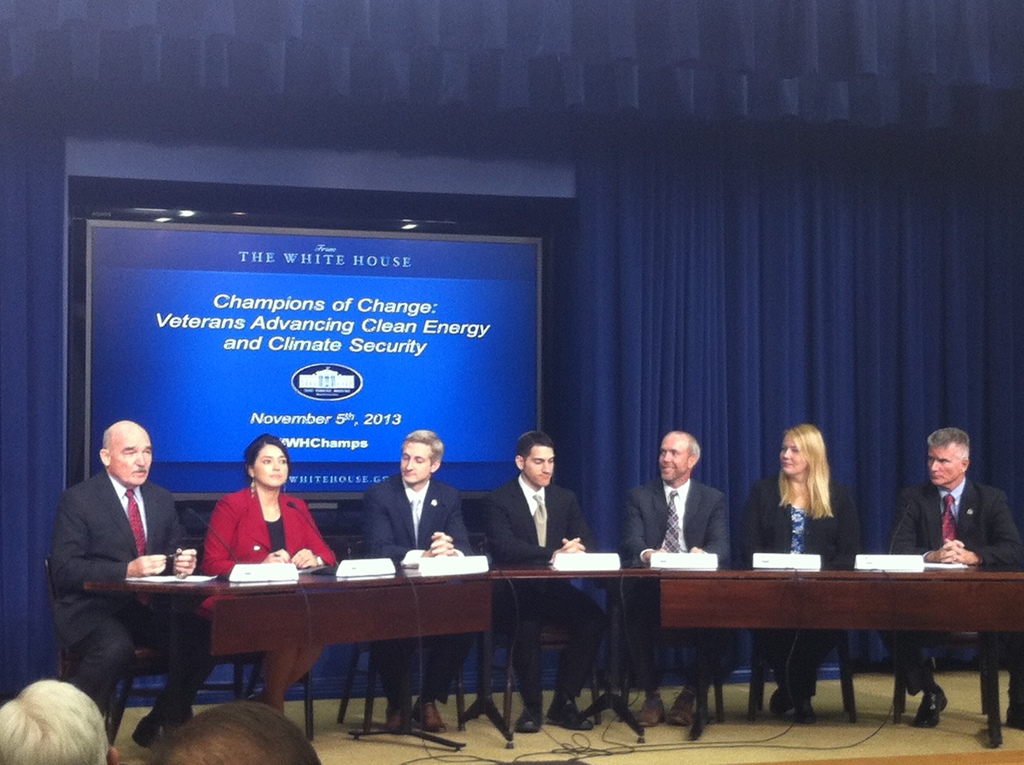 You are invited to attend a White House Champions of Change event on Tuesday, November 5th, highlighting Veterans Advancing Clean Energy and Climate Security. This is a rescheduling of the event previously… 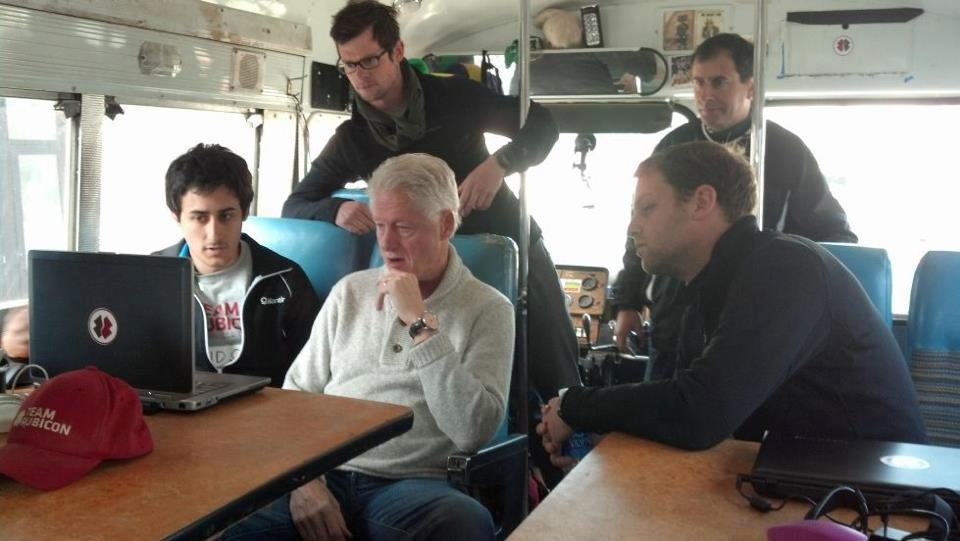 There is allot of discussion about the federal money coming to Detroit to help remove blighted homes from the landscape and give Detroit an opportunity to rebuild more sustainably.

The Veterans Green Bus Project could be perfect partner for the city. Our veterans are experienced in demolition and disaster relief. We are able to go into communities and…

FARM AID and the Floods in Colorado 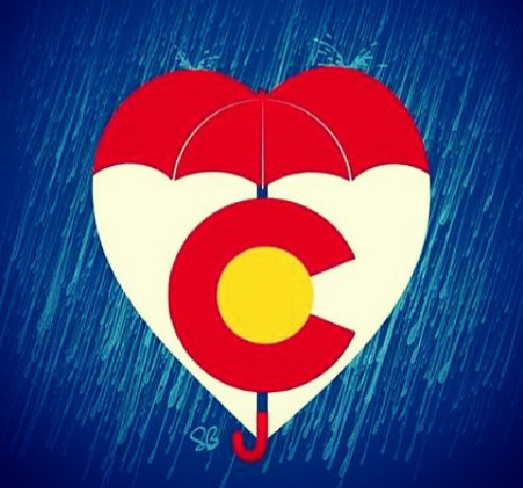 Just after returning to Detroit from the West Coast Tour we received an invitation from FARM AID to put a Green Team together for this year's concert. Not less than a week later the floods in Colorado effecting several communities and farms along the Platte River. 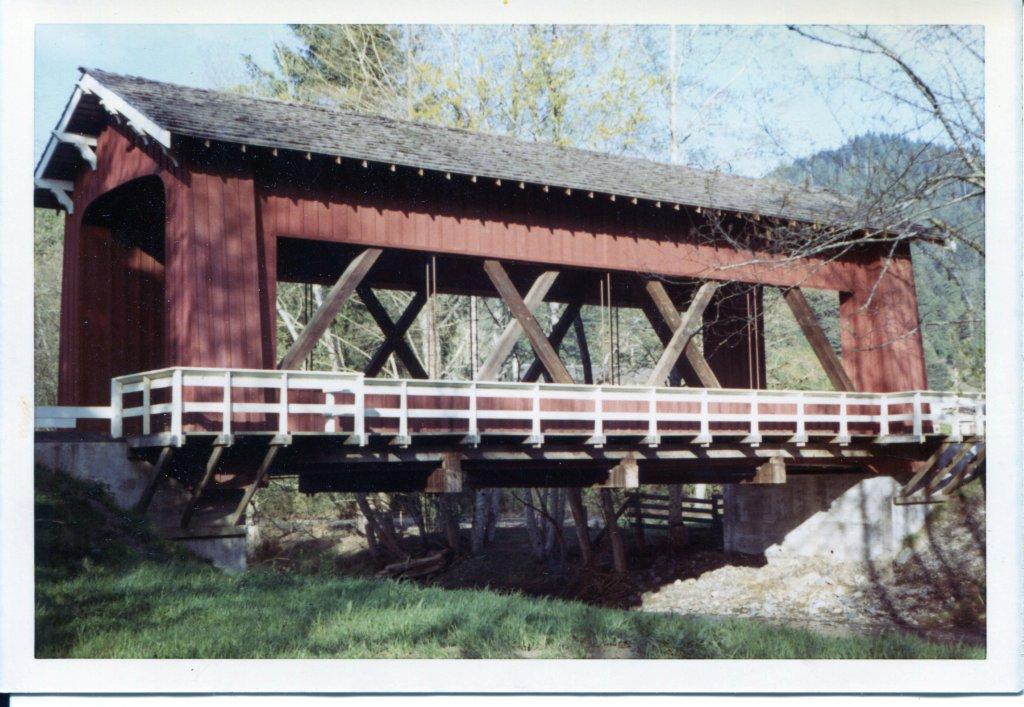 The Veterans Green Bus West Coast Tour started in Seattle WA. with a stop and Farming Veterans in June. We helped them weed and till there 5 acre farm and gave their members a tour of the bus and demonstrated the process of filtering used cooking oil to fuel the bus.…

Navy veteran Gordon Soderberg and the Veterans Green Bus arrived in Roanoke one week ago, after nearly five months on Long Island, N.Y.

There, the bus served as a command center for disaster relief efforts in Rockaway Beach after Superstorm Sandy, and it achieved some measure of fame. Former President Bill Clinton took a briefing on the bus late last year. It was on the TV news in New York. Soderberg’s face and the bus appeared during the…