Friday, just like Tuesday, Wednesday, and Thursday we were in Detroit near Boston and Yellowstone #GSD.  It was also the day I realized I was middle management.
Gordon managed to cut the tress down, I managed to swamp them, and Paul managed to get them to the curb....
Ahh, goals, lol.

This day was all about the trees, opening up the area so dumpers can easily do their dirtying work and other riff raff can't skulk through the shadows.  This helps keep the others living in the area safer.
The backside of this block and the north end of the block are all lived in homes where the people are fighting the good fight to keep their claims.  Only these few houses on this block are in this condition. 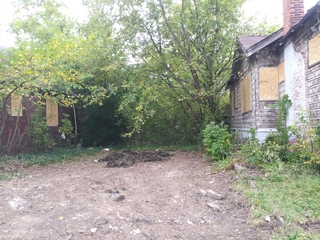 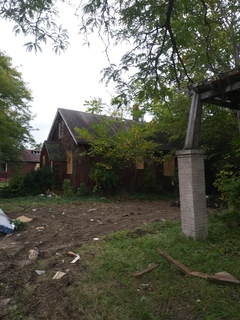 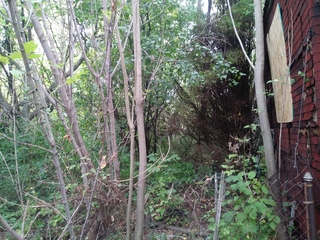 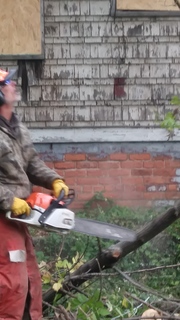 Gordon getting the trees cut up for me to swamp out to Paul.

Standing trees seem to take up a lot less room... 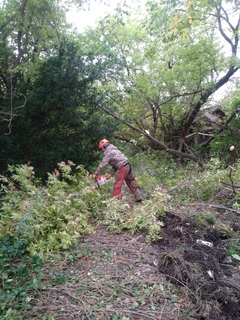 On the plus side, little of it was good hardwood.  The lighter stuff is far easier to mess with. 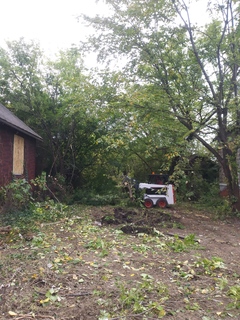 Here is Paul picking up the piles I ever so carefully threw shit on, lol.

This kind of set up isn't too bad as it allowed Gordon to aim the trees right for a lot of self swamping.  I just had to tidy up a bit. 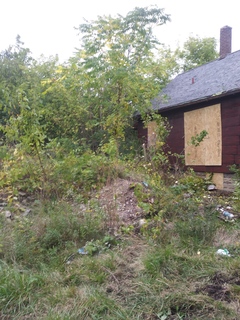 The during shot for this one is missing, which sucks.  Those dump piles, the fence, and the vines made this a pretty goofed up area to cut and swamp.

Gordon worked at different levels, depending on where the dirt pile was, standing between piles at times and using the saw up at shoulder level to stay above the fence.

All that fencing and I didn't see sparks fly once.  Chain link everywhere, in the trees too.

Let's see how we ad to end this day, with the rain coming we packed up just at the right time, with drops hitting the windshield as we got in. 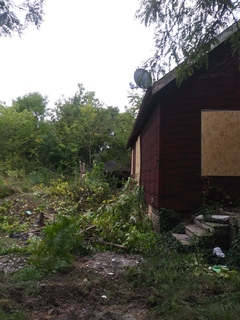 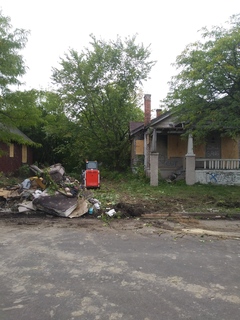 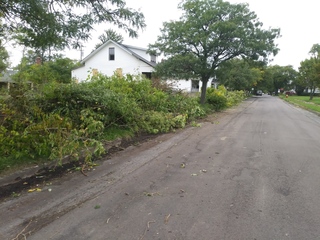 Three people, one full time chain saw, one part time chain saw & heavy equipment operator, and one full time swamper made one hell of a pile.
Yep, it kicked my ass pretty good, and I had it pretty easy with Paul and his Bob Cat doing the heavy lifting.

All in all we got shit done, but, there is so much more.  Alongside Life Remodeled, with their 2,000+ volunteers coming in every day, things got done, in a ten block area.  One group, no matter how large, can only do so much.  And this human wave did a lot.
I've been to gigs where the volunteers did more standing around talking and being their to feel good about doing something, while getting nothing done.  I didn't see that with the groups that went through here.
From boarding up houses to removing vast amounts of trash to making garden boxes and prepping them for next spring, they got shit done.